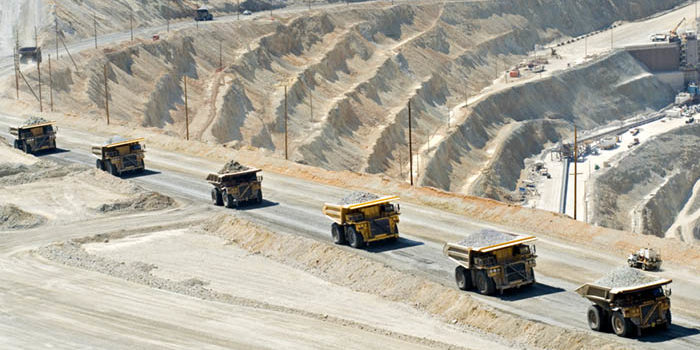 The mining industry is the cornerstone of the economy of the Democratic Republic of Congo. However, this extremely resource-rich country has stood over a precipice in recent years. What is the problem with the natural deposits of the heart of Africa?

The list of natural resources found in the Democratic Republic of Congo is extremely impressive. One of the most valuable are cobalt deposits, representing half of the world’s resources, coltan over 60%, and diamonds up to 30% of global deposits. – One may be tempted to say that the development of the computer and telecommunications industry, which was initiated over 30 years ago, is due to the resources located in the south of the country – our experts in the mineral market say. – The vast majority of deposits in Congo, such as tantalum, are used for the production of processors or electronic components – they explain.

The mining industry and civil war

However, the natural resources located in the Democratic Republic of Congo have another, much darker side. The predatory mining industry has been a source of conflict for years between local tribes and ethnic groups. Activities focused on high profits from tantalum, diamonds and cobalt, tin and gold smuggling and the destructive internal policy of the state contributed to the escalation of conflicts, negatively affecting the legality and transparency of mining processes. In the last decade, however, there has been a positive change in the approach of the Congolese authorities to the introduction of regulations related to the mining industry, which are meant to improve the country’s economic situation. Further recovery programs are being developed, stabilizing the regions concerned and helping local communities to safely and legally organize the process of extracting and monetizing the country’s natural wealth.

The country’s new mining policy allows us to hope that valuable deposits of resources (e.g. coltan and diamonds) located in Congo will become the driving force of the economy. It takes many years and painstaking efforts to transform slave mines into institutions that provide legal employment. The OECD standard imposed on mining companies operating in Congo will allow careful control of the supply chain and offer resources whose extraction fully respects human rights.

The coltan fever that broke out in the Democratic Republic of Congo in 2000 will last for many years, due to the fact that the mixture of columbite and tantalite is currently used in the mass production of mobile phones, computers and other electronic equipment. The OROTAL company closely follows this market and monitors changes as well as any resolutions or legal regulations adopted in relation to the disclosure of the origin of resources from the Democratic Republic of Congo or other countries.

The fuel market under pressure of changes
30 September 2020

Difficulties in international trade in the fuel market
25 September 2020

Any cookies that may not be particularly necessary for the website to function and is used specifically to collect user personal data via analytics, ads, other embedded contents are termed as non-necessary cookies. It is mandatory to procure user consent prior to running these cookies on your website.